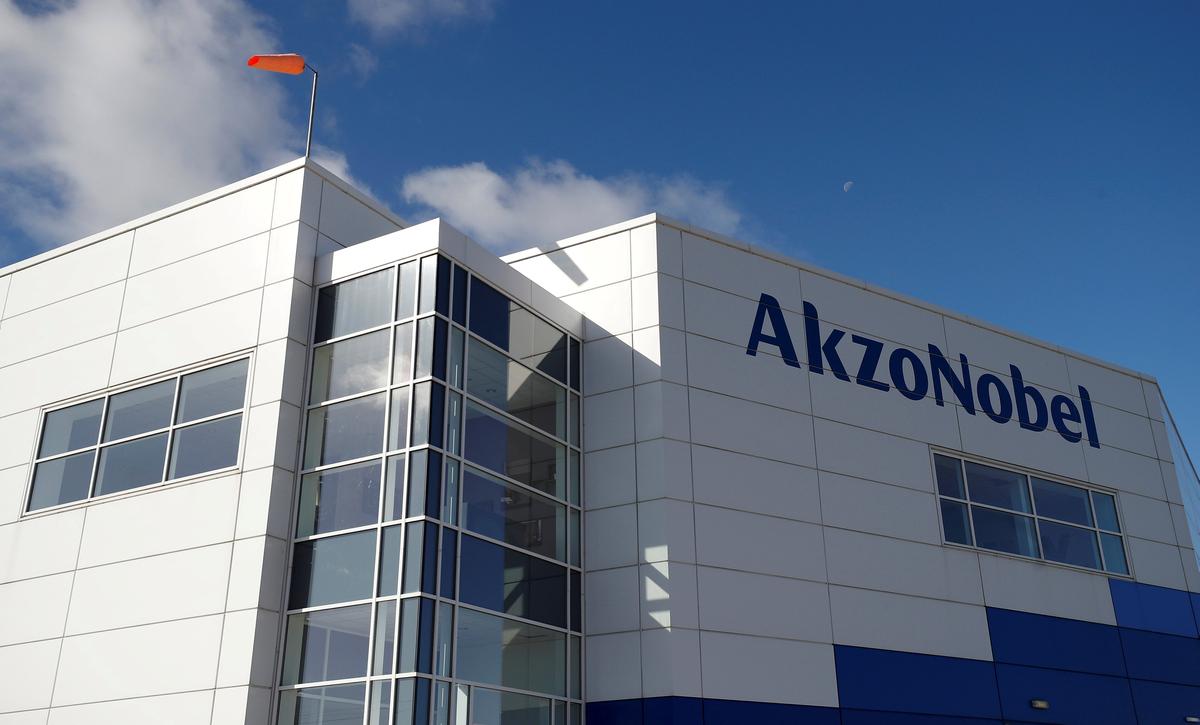 AMSTERDAM (Reuters) – Akzo Nobel will sell its chemicals business in a 10.1 billion euro ($12.6 billion) deal to buyers led by Carlyle Group, the maker of Dulux paints said on Tuesday, making good on a promise made as it fought off a takeover last year.

The sale of the Specialty Chemicals operation to Carlyle and Singapore’s GIC [GIC.UL] sovereign wealth fund for a slightly better than expected price will allow Akzo to focus on its main paints and coatings business.

It delivers one of the biggest commitments made by Akzo Nobel in its defense against a 26 billion euro ($32 billion) takeover offer from U.S. rival PPG Industries last year.

It may also help to repair strained relationships with shareholders unhappy with the rejection of the bid.

The 7.5 billion euro total will be returned to shareholders, Vanlancker told Reuters, with the company deciding on the distribution through dividends or share buybacks in the coming months.

The deal leaves Akzo as “one of the top 3 largest paints and coatings companies in the world,” Vanlancker said.

He said Akzo must now deliver on a goal to achieve a 15 percent margin on sales by 2020, after that measure fell to 9.4 percent last year.

That goal will mainly be delivered through cost savings and efficiency measures, Vanlancker said, as overall sales growth in the paints and coatings market is expected to remain modest.

“We will be looking at size (acquisition) opportunities as they come along”, Vanlancker said. “But size is really not top of mind, it’s performance of the business.”

The remaining Akzo business will have 35,700 employees, while Speciality Chemicals employs around 10,000.

Akzo will try to strengthen its position in promising markets such as powder coatings, which showed 10 percent global growth last year, the CEO said. Akzo also expects its sales of decorative paints in China and Europe to increase.

Shares rose 2.9 percent to 77.28 euros by 1300 GMT. That is still well short of the figure of around 95 euros in the cash and share offer from PPG last year.

Analyst Wim Hoste of KBC said the sale price for Specialty Chemicals represented a multiple of 9.8 times core earnings, “which is a bit higher … than we were banking on.”

Bankers advising potential buyers had said they expected the business to fetch an enterprise value of 8-9 times the unit’s expected earnings before interest, tax, depreciation and amortization (EBITDA).

Carlyle had been vying for the asset with U.S. private equity firm Apollo and its consortium partner, Dutch fund PGGM, as well as Dutch investor Hal Investments, and Advent International partnered with Bain Capital Private Equity, people familiar with the matter had told Reuters.

Akzo first announced plans to sell the business last April, when PPG was in full pursuit. Many shareholders were dismayed as Akzo’s boards appeared uninterested in talks with PPG and when they ultimately rejected the U.S. company’s best offer.

With support from Dutch politicians, Akzo argued a takeover was not in the interest of other stakeholders, including employees.

Shareholders sued unsuccessfully to have chairman Antony Burgmans removed. Akzo’s CEO and chief financial officer both resigned last year on health grounds. Burgmans is due to retire after next month’s annual meeting, with former Maersk CEO Nils Andersen nominated to take his place.

The deal is subject to regulatory approvals and is expected to be concluded before the end of the year, Akzo said.