PARIS/MONTREAL (Reuters) – Airbus is preparing to cross swords with United Technologies over the price of components and services for the Bombardier CSeries in a bid to make it easier to market the jet it agreed to bail out last year, people close to the matter said.

FILE PHOTO: An Airbus A320neo aircraft and a Bombardier CSeries aircraft are pictured during a news conference to announce a partnership between Airbus and Bombardier on the C Series aircraft programme, in Colomiers near Toulouse, France, October 17, 2017. REUTERS/Regis Duvignau/File Photo

Airbus (AIR.PA) is concerned about an increased share of the Canadian project that would be controlled by United Technologies (UTX.N) after it completes its $23 billion acquisition of Rockwell Collins, they said, asking not to be named.

Together, the pair will have by far the largest share of CSeries parts and systems by value, placing it at the center of efforts by Airbus to reduce the plane’s cost and echoing a broader power struggle between planemakers and suppliers.

A key part of the acquisition is “muscling the supply chain down on price”, said Richard Aboulafia, vice president of analysis at Virginia-based Teal Group.

“Bombardier couldn’t do that, they just didn’t have the leverage. And Airbus has more than enough leverage.” 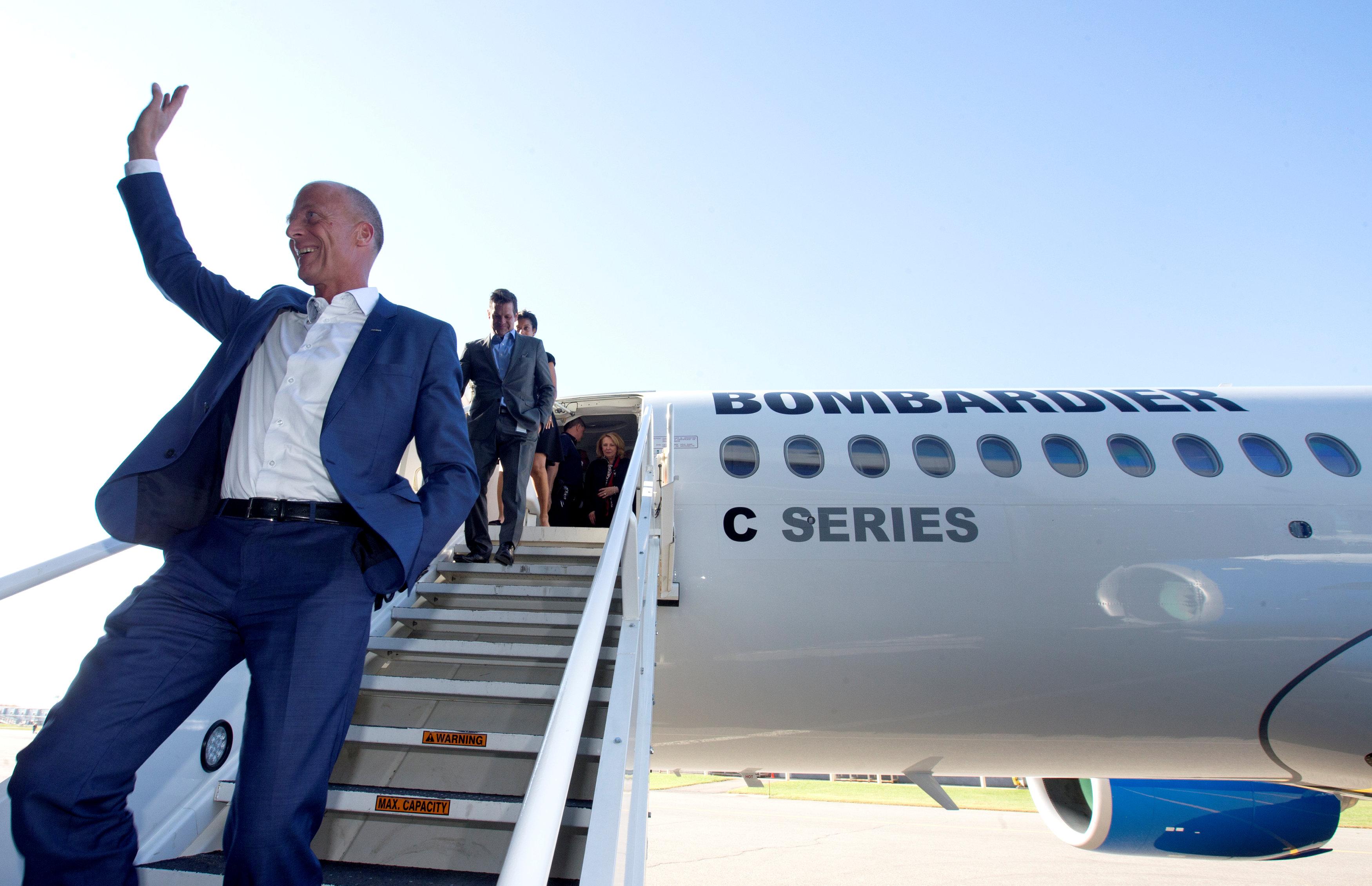 Airbus agreed last October to buy the struggling CSeries for a token one Canadian dollar, with both sides reckoning its global sales presence and clout with suppliers would make the plane more competitive and easier to sell.

The deal came weeks after United Technologies teamed up with Rockwell Collins with plans to create a new super-supplier.

Items up for negotiation are likely to include the cost of parts, spares and services like repairs, sources said.

Costs are not the only factor as the CSeries seeks a fresh start. Airbus is also studying how to use its marketing weight.

One proposal is to drop the 14-year-old CSeries name and call it the A200, indicating a smaller cousin of the Airbus product line that stretches from the A318 to the mammoth A380.

But the possible change, first reported by Bloomberg News, could upset politicians in Quebec who fear losing a key brand and jars with some in Europe who say it harks back to the first A300 Airbus or even the troubled A400M.

The debate over what to call it mirrors deeper questions over how Airbus will market the plane, a decision that would send a message on how it views its new Canadian partner.

Airbus is trying to decide whether to integrate it into the Airbus sales force or set up a new dedicated team, sources said.

A separate structure would give it strong attention but shift the emphasis away from cross-selling with Airbus models.

Having one sales force would highlight the opportunity for package deals across the Airbus portfolio, but risk distraction from key priorities like reviving weak sales of the A330neo.

“It doesn’t much matter what you call the CSeries if you are not selling A330s,” a senior industry source commented.