PARIS (Reuters) – Air France grounded just under a third of flights on Saturday as staff staged a walkout over pay, and travelers also braced for a fresh wave of train strikes starting later in the day, crippling much of France’s transport network.

The industrial action at France’s flag carrier – marking the fifth day of worker stoppages over the past month and a half – has began to overlap with nationwide rolling train strikes, as rail unions protest against President Emmanuel Macron’s reforms.

Air France had forecast that some 70 percent of flights would operate on Saturday.

Unions representing airline staff, locked in a dispute with Air France management over their request for a six percent pay rise, last week called four more strike days in April, in addition to stoppages planned for April 10 and 11.

“We wasted one day here,” said Harinath Reddy, an Indian software engineer whose connecting flight in Paris between Nuremberg in Germany and Mumbai was canceled, causing him to miss another leg of his journey within India.

Passengers arrive at the Air France check-in at Bordeaux-Merignac airport, as Air France pilots, cabin and ground crews unions call for a strike over salaries in Merignac near Bordeaux, France April 7, 2018. REUTERS/Regis Duvignau

“If I have to book new ticket within a short time, it’s very expensive. And they are saying they cannot do anything about that. It’s totally ridiculous.”

Train strikes due to start at 1900CET (17GMT) and lasting through to the early hours of Tuesday spelled more chaos for commuters and travelers at the beginning of some mid-term school holidays in France.

The rolling strikes, called in protest at Macron’s bid to modernize the state-run rail company SNCF, through a reform that would end job-for-life guarantees for workers, are set to last until June.

On Sunday, some 35 percent of the workers needed for the network to run smoothly were expected to be absent, SNCF officials said on Saturday. That compares to a 48 percent absentee rate during strikes last Tuesday and Wednesday. 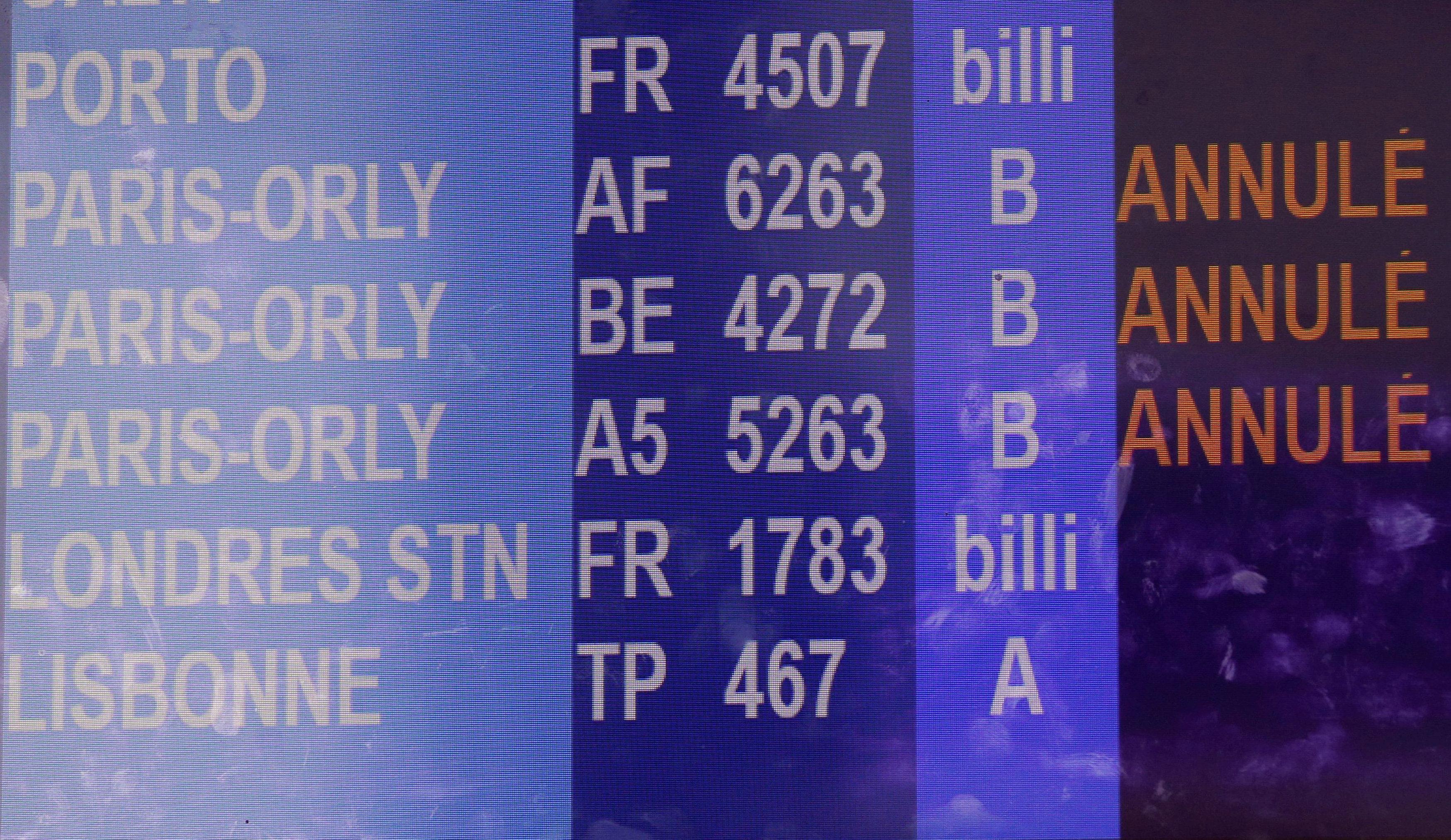 One in five high-speed TGV trains were set to run on Sunday, while three out of four international Eurostar and Thalys routes would be operational, the SNCF said.