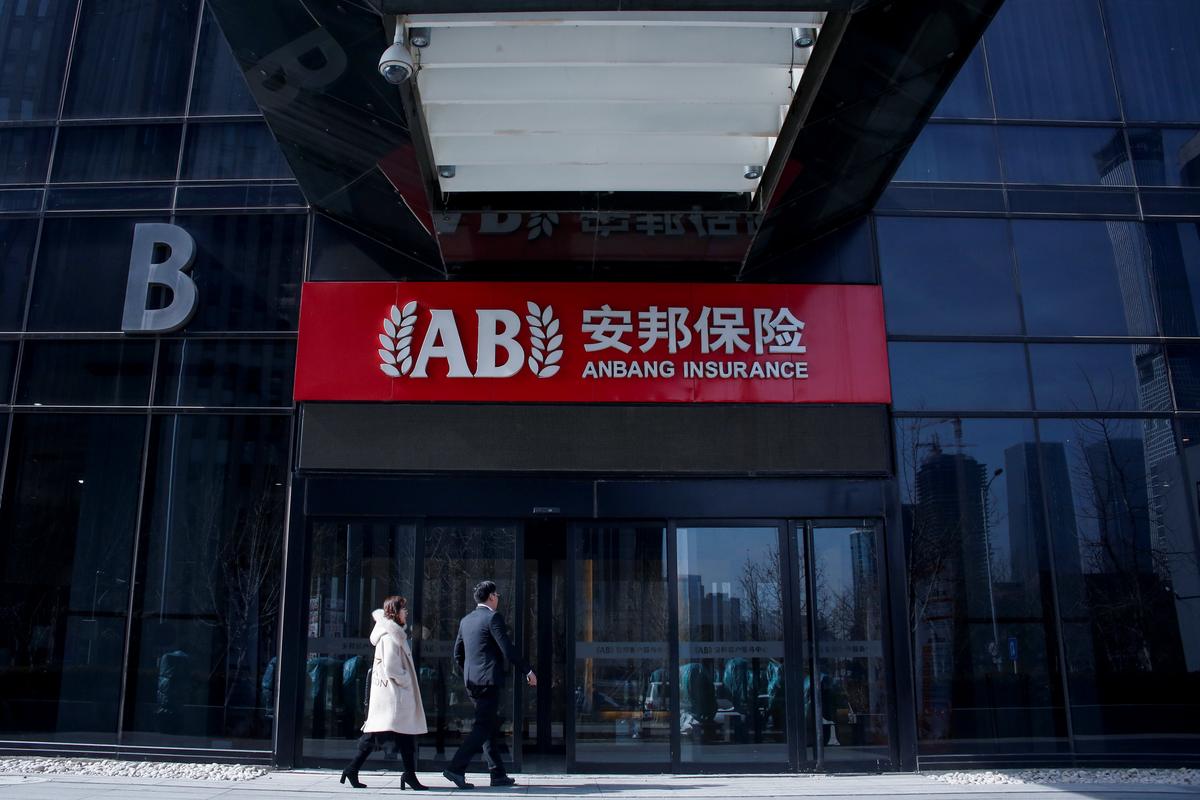 BEIJING (Reuters) – Anbang Insurance Group Co Ltd said on Monday it fully supported the Chinese insurance regulator’s decision to temporarily take control of the company, and remains committed to the development of its overseas subsidiaries.

These are the first comments by Anbang on the Chinese government’s move on Friday to seize control of the company. “We fully support CIRC’s decision,” a company spokesman said, referring to the China Insurance Regulatory Commission (CIRC), which announced the one-year takeover.

“We will continue to be committed to our overseas subsidiaries’ business and investment, and will provide necessary support to their healthy development,” the Anbang spokesman said.

The Chinese government’s action on Anbang, along with the announcement that its chairman was being prosecuted for economic crimes, dramatically illustrated Beijing’s willingness to curtail big-spending conglomerates as it cracks down on financial risk.

Analysts and lawyers do not think the maneuver heralds a coming wave of nationalizations, but said the sudden seizure of Anbang sent a strong message and raised questions about the future of its assets.

Anbang, which claims 1.97 trillion yuan ($310.85 billion) in assets and ranks 139 on the Global Fortune 500 list, had spent billions of dollars on overseas acquisitions in recent years, including $1.95 billion in 2015 for New York’s landmark Waldorf Astoria hotel.

Sino-Ocean Group Holding Ltd (3377.HK), a property firm, said on Sunday it had received a written notice from Anbang saying the insurance group had no plans to alter its stake.

Anbang also has significant stakes in a slew of major Chinese companies and late on Friday some of the companies said they had received similar notices from Anbang assuring them that there would not be immediate stake sales.

The Chinese crackdown on risk in the insurance sector continued over the weekend.

The CIRC said on Saturday it would force three major insurers – Ping An Insurance (Group) Co of China (601318.SS), New China Life Insurance (601336.SS) and China Re Asset Management Co – to take steps to deal with overseas investments that had violated regulations.