NEW YORK (Reuters) – Optimism about a U.S.-China trade agreement has helped drive U.S. stocks to more than two-month highs, creating a make-or-break moment for Wall Street as a year-long clash between the world’s two largest economies comes to a head.

Investors are increasingly hopeful about a positive resolution as a March 1 deadline for trade talks nears. And if the United States and China reach a deal, market professionals say clarity after the lengthy dispute should continue to push shares higher.

“If we do get a China-U.S. solution and trade agreement, which signs are more positive on that front, that could really propel stocks higher because that would give businesses more confidence in the global economy,” said Chris Gaffney, President of World Markets at TIAA Bank in St. Louis.

A few market watchers even say the benchmark S&P 500 could exceed its all-time closing high set on Sept. 20, which is about 6 percent above Friday’s level.

That would build on the more than 17 percent surge in the S&P 500 since it hit a 20-month low on Dec. 24, when investors were spooked by Federal Reserve policy as their outlook for earnings and economic growth soured.

But stocks would be vulnerable should talks collapse and the United States hike tariffs to 25 percent on $200 billion of Chinese imports.

“If talks fail and additional tariffs are applied, I do believe stocks could fall through their December 24th lows,” said Kristina Hooper, chief global market strategist at Invesco in New York.

The drumbeat of global trade developments has convulsed markets since U.S. President Donald Trump announced tariffs on steel and aluminum imports a year ago, sparking concerns that a full-blown trade dispute would undermine the global economy.

Investors had zeroed in on March 1 as a potential culmination of the U.S.-China dispute since Trump and Chinese President Xi Jinping late last year shelved any new tariffs and reset discussions for 90 days.

Trump said on Friday he may extend the deadline for a deal while keeping current tariffs in place.

“If it’s a six-month delay, that’s a problem,” said Michael O’Rourke, chief market strategist at JonesTrading in Greenwich, Connecticut. “Because then you just leave this issue lingering out there for quite some time.”

Trade talks resume next week in Washington, with both sides saying this week’s negotiations in Beijing made progress.

Should the countries reach a deal, the size of the market reaction will likely rest on the details of the agreement.

In talks this week, the countries focused on technology, intellectual property rights, agriculture, services, non-tariff barriers and currency, and potential Chinese purchases of U.S. goods and services, according to the White House.

Stocks’ response could also depend on how much prices already reflect the decision and if any other major market-sensitive issues such as weakening economic data have arisen.

“There is growing optimism that a deal gets done and I think that is increasingly reflected at these prices,” said Walter Todd, chief investment officer at Greenwood Capital in Greenwood, South Carolina.

Anthony Saglimbene, global market strategist at Ameriprise Financial in Troy, Michigan, doubted the talks would collapse, noting “the markets have pressured the U.S. and China enough to bring both countries to the bargaining table, and for various reasons, a temporary deal or ceasefire extension is the most likely path.”

An up to 2 percent spike might occur if a deal is reached, O’Rourke said, adding: “I would be surprised if you get much further than that on the initial news.”

The market’s recent climb has come even as analysts lowered estimates for 2019 U.S. corporate earnings growth, undercutting a fundamental support for stocks. 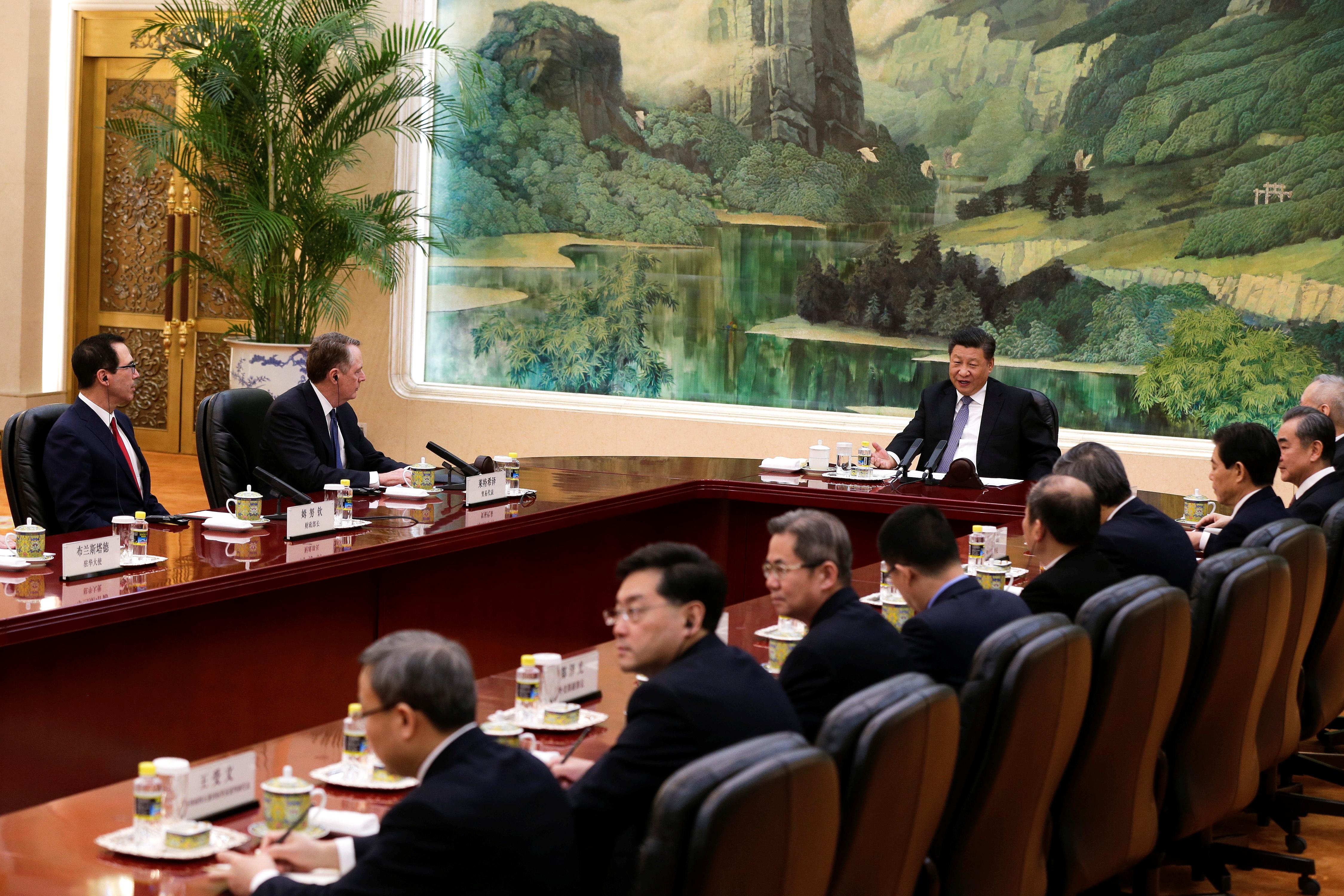 But a trade deal that avoids more severe tariffs could help, since many companies prepared investors for the worst.

A Bank of America Merrill Lynch review of earnings calls this week found many companies citing an impact from the trade dispute baked a 25 percent tariff hike in March into their outlook.

“There could be an upside surprise to earnings if we get some sort clarity on trade,” said Katie Nixon, chief investment officer at Northern Trust Wealth Management in Chicago.