BERLIN (Reuters) – Aerospace suppliers are starting to explore blockchain technology to keep tabs on their supply chain, potentially tracking parts such as those identified as the cause of a Southwest Airlines accident last month.

While blockchain is best known as the digital transactions technology that underpins cryptocurrency bitcoin, it can also be harnessed to track, record and transfer assets across all manner of industries, potentially smoothing operations, cutting costs and improving cash management.

The challenge faced by the aerospace industry in keeping track of tens of thousands of different parts came to light when it emerged after last month’s fatal explosion that some airlines do not keep track of the history of each individual fan blade within an engine.

In addition to the operational and cost benefits, improved parts management could speed up safety checks after an accident, industry experts said, and an increasing number of aerospace suppliers are looking at blockchain as a potential solution.

Blockchain offers a secure encrypted audit trail because there is only one version of the data, meaning it can be used to ensure traceability without reams of paperwork. It is already being used to track cobalt on its journey from Congo mines to smartphones, for example.

Moog, a U.S. manufacturer of flight control systems, is working with partners to create a blockchain-based solution called VeriPart, which will initially be used to track 3D printed components.

Moog’s technology chief George Small said the aerospace industry, like other highly regulated sectors such as the medical and nuclear power industries, was expending considerable effort on tracking parts across the supply chain to keep up with quality and regulatory demands.

Small said the use of blockchain could increase efficiency and transparency in the sharing of data and that customer feedback has been positive so far. Though VeriPart is still in development, Moog has already had talks with customers on other potential uses for the technology.

“The solution is broadly applicable to manufactured goods and associated data that need to be tracked across supply chains from origin to delivery and on into service,” Small said in an emailed response to questions. 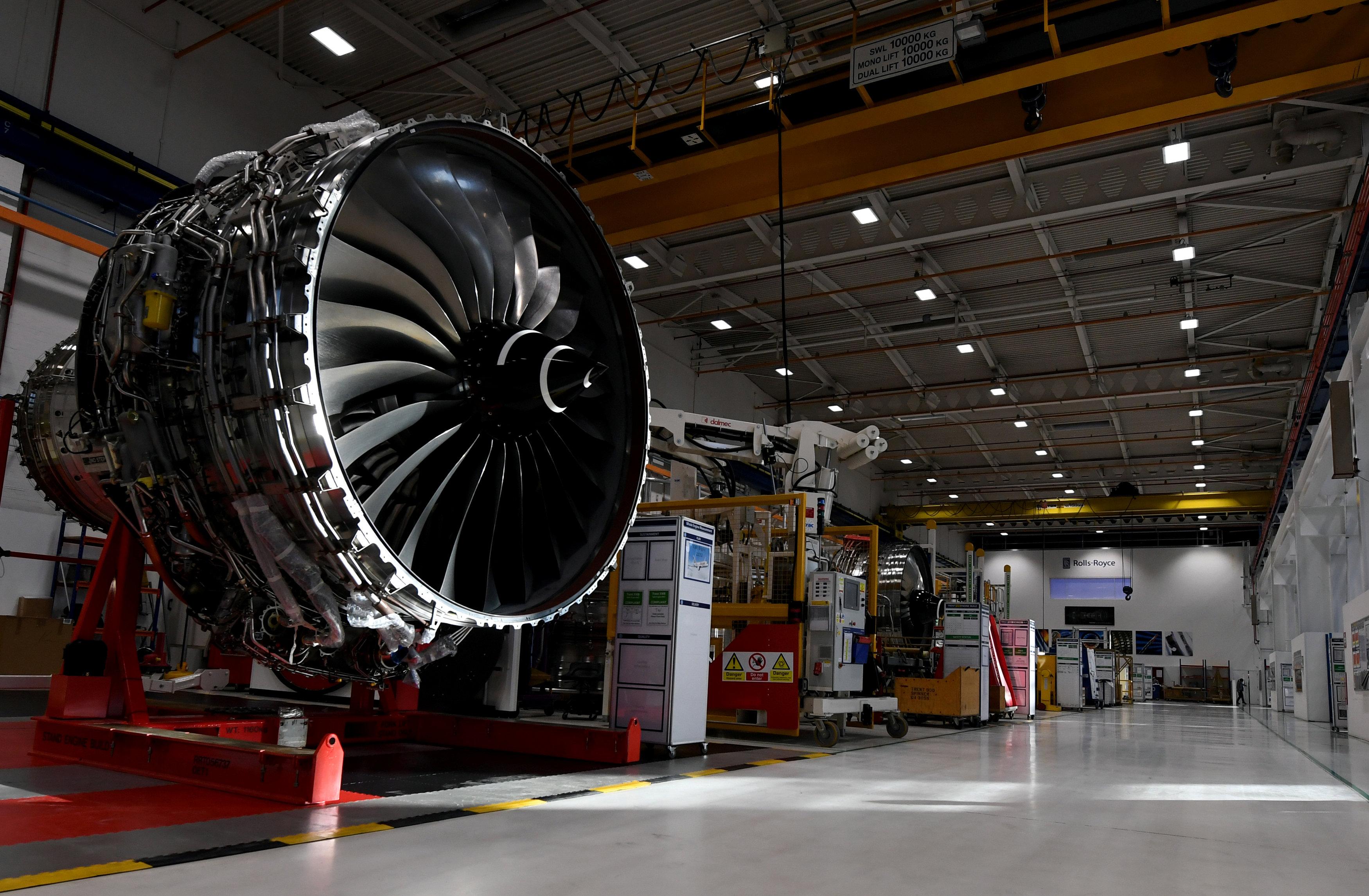 Advocates for the technology say transparency is ensured by the encrypted audit trail and because blockchains are open and decentralized, allowing different parties to share information.

Engine maker Rolls-Royce (RR.L) is among those working with blockchain developers to establish how it could be used in the supply chain and says it is rapidly developing solutions.

“The company sees opportunities to automate records for complex products that currently require significant manual effort to ensure they are well managed,” a Rolls-Royce spokesman said.

Technology company Sabre (SABR.O), which has been looking at various uses for blockchain in the travel and aviation industries, said it could see the case for using it as a system to track components.

“It’s a situation where you don’t need ultra fast technology, but you need to be able to trust what’s in the blockchain record,” said Philip Likens, director of Sabre Labs.

Likens said the technology could be used to show who created what part on what date, when it was put on a plane and then how many hours the plane was in operation.

“You want to know that all those things are right and correct, that’s the immutability part,” he said, referring to how blockchain entries cannot be changed.

Planemaker Airbus (AIR.PA), meanwhile, is looking for a blockchain solution architect to be based at one of its sites in either Toulouse, Filton, Broughton or Hamburg, according to an online job posting.

It has formed a working group within the company to identify business challenges worth addressing with blockchain and a spokeswoman said the supply chain seems a natural fit.

“Blockchain could improve the tracking of goods and become a complement to, not a wholesale replacement of, suppliers’ procurement software,” she said

But blockchain isn’t the only technology that can be used to keep a closer eye on parts in the supply chain.

Enders Analysis, in a wide-ranging note on blockchain and its use across various industries, says that a lot of the capabilities of blockchain are exaggerated or misunderstood and that existing technology can often perform the same roles.

It says that while blockchain-inspired technology could be used to bring transparency to supply chain management, it could be hard to guarantee that goods really were delivered as specified on the blockchain.

“Upgrading systems to take advantage of technological progress is important and can increase efficiency,” the analysts wrote in general advice to any company looking at blockchain.

“But those ends are much more important than the means: there is no point deploying blockchain – or a product marketed as blockchain – just for the sake of it.”

In an example of other technology that can be used to improve supply chain efficiency, Airbus last week signed up aircraft structures maker Premium Aerotec to its cloud-based aviation data platform, Skywise.

The platform will take order, production and quality data from Airbus and Premium Aerotec and analyze the data with a view to keeping the manufacturing process stable and providing transparency in the supply chain.

“To build the aircraft, Airbus needs to know where the parts are and when they are coming,” Premium Aerotec CEO Thomas Ehm told Reuters, adding that the Skywise platform aims to provide much better visibility of the manufacturing process.