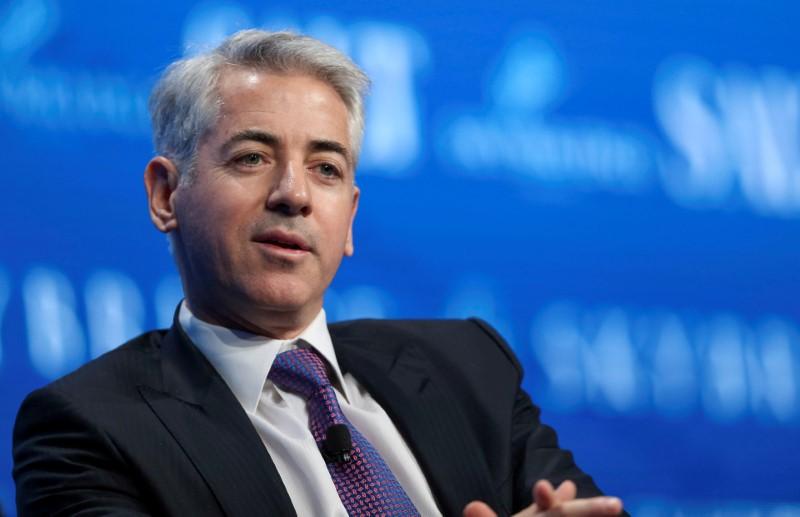 (Reuters) – Six years ago, billionaire investor William Ackman wagered $1 billion that Herbalife’s stock price would tumble to zero after publicly calling the nutrition company a fraud in a three-hour presentation before investors, analysts and the media.

On Wednesday there was little fanfare when the hedge fund manager let slip to a cable news reporter that his Pershing Square Capital Management was no longer betting against Herbalife.

Now, Ackman is building a position in aircraft parts maker United Technologies Corp, whose shares rose as much as 3.4 percent to $138.49.

Rather than fall, Herbalife stock has risen since Ackman began shorting it. Pershing Square’s total loss was unknown. The stock on Wednesday traded as high as $95.88 a share, up from about $45 in 2012 when Ackman began his campaign.

The exit from Herbalife and the new position in United Technologies, first reported by CNBC, were confirmed by a person familiar with the situation. Pershing Square has not disclosed when it began buying United Technologies stock and declined to comment.

For years Ackman claimed Herbalife was running an illegal pyramid scheme in which distributors of its diet shakes and other products earned more money from bringing recruits into the network than selling.

Last year, Ackman converted the Herbalife short position into a bet against the company through put options. This helped limit the potential losses for Pershing Square, though even that position has been closed. He also said he would not be speaking about it publicly anymore.

With that, Ackman turned the page on one of Wall Street’s most bitter investment battles that pitted him against rival billionaire Carl Icahn, who became Herbalife’s biggest shareholder soon after Ackman publicly unveiled the short.

The bet dented Pershing Square’s long-term performance and turned Ackman into a social activist as he stepped up a crusade against a company he said was harming many minorities with false promises of financial success by selling Herbalife.

The U.S. Federal Trade Commission probed the matter, and eventually reached a settlement with Herbalife. It involved a $200 million penalty and requirements that the company reform some of its business practices.

Investors in Ackman’s $9 billion fund quietly applauded the decision to forget about Herbalife, saying it is part of the manager’s strategy to rebuild his performance record after three years of losses. Ackman told investors in January that he would focus more on investments and let his partners do the marketing.

In January, Ackman said he was making a new bet on Nike. Now he is also making a bet on United Tech. Last week, the company’s CEO, Greg Hayes, said it was exploring a breakup of its business portfolio, including jet engines, elevators and air conditioners.

Herbalife earlier on Wednesday said it planned to change its corporate name, refinance debt and effect a 2-for-1 stock split to boost shareholder returns, sending its shares up 7 percent to an all-time high.

By aggressively buying back its shares, Herbalife was making it extremely dangerous for short sellers, analysts said.