CORFU, Greece (Reuters) – Holidaymakers hit by the collapse of Thomas Cook (TCG.L), the world’s oldest tourist firm, desperately scrambled for information on Monday on how to get home, as Britain mounted its largest repatriation effort since World War Two.

Thomas Cook passengers queue up in a check-in service after the collapse of the travel firm, at Malta International Airport, Malta September 23, 2019. REUTERS/Darrin Zammit Lupi

From job losses to canceled honeymoons, the demise of the package tour pioneer has brought a heavy human cost and left an estimated 600,000 people stranded worldwide.

“From Thomas Cook we didn’t get anything. I feel sorry for the reps because I don’t think they knew anything either. It was the hotel which kept us up to date,” said Ricky Houston, who said his flight to the northern English city of Newcastle from the Greek island of Corfu had been delayed by nine hours.

“Everyone in the hotel here is shocked, and everyone in this hotel has come with Thomas Cook… (But) for us, it’s an inconvenience, for them (the reps) it’s their livelihoods,” added Houston, who is from Dunfermline in Scotland.

David Midson, from Kent in southeast England, was trying to find information at the front desk of his hotel in Roda, Corfu.

“There’s a sign saying that Thomas Cook customers should get in touch with their agency, but you don’t get through to anybody because it doesn’t exist,” he said.

“I wish I had brought a driving license, because I can’t get a taxi (to the airport).”

The British government has pledged to get an estimated 150,000 stranded British holidaymakers home in the biggest such repatriation operation since World War Two, but that is no consolation for many others whose holiday plans lie in ruins.

“We’re absolutely gutted, we’ve looked forward to this for a long time, had the wedding in July so it’s been another couple of months waiting for this,” said Simon, who had been due to go on honeymoon with his wife Polly from London’s Gatwick Airport.

He said he felt very sorry for the staff at his local Thomas Cook travel agency who he said had been helpful.

“Must be awful for them as well, coming up to Christmas as well… I wish the government had maybe stepped in… It could have been done I think, but there’s nothing we can do now. Just have to go home and make the most of it.”

Steve Tarrant, who had planned to fly to the Mexican resort of Cancun from Manchester, said he had given up trying to get information about rescheduled flights.

In Palma airport on the Spanish island of Mallorca, the mood was similarly grim.

“Not what we wanted really before going home. But what can you do? Other people have lost their jobs, so we’re not as bad (off) as some other people.”

Scottish tourists hoping to fly back to Glasgow from Mallorca said they now expected to head to the central English city of Birmingham, 400 km (250 miles) away, and then perhaps to be ferried home by coach. 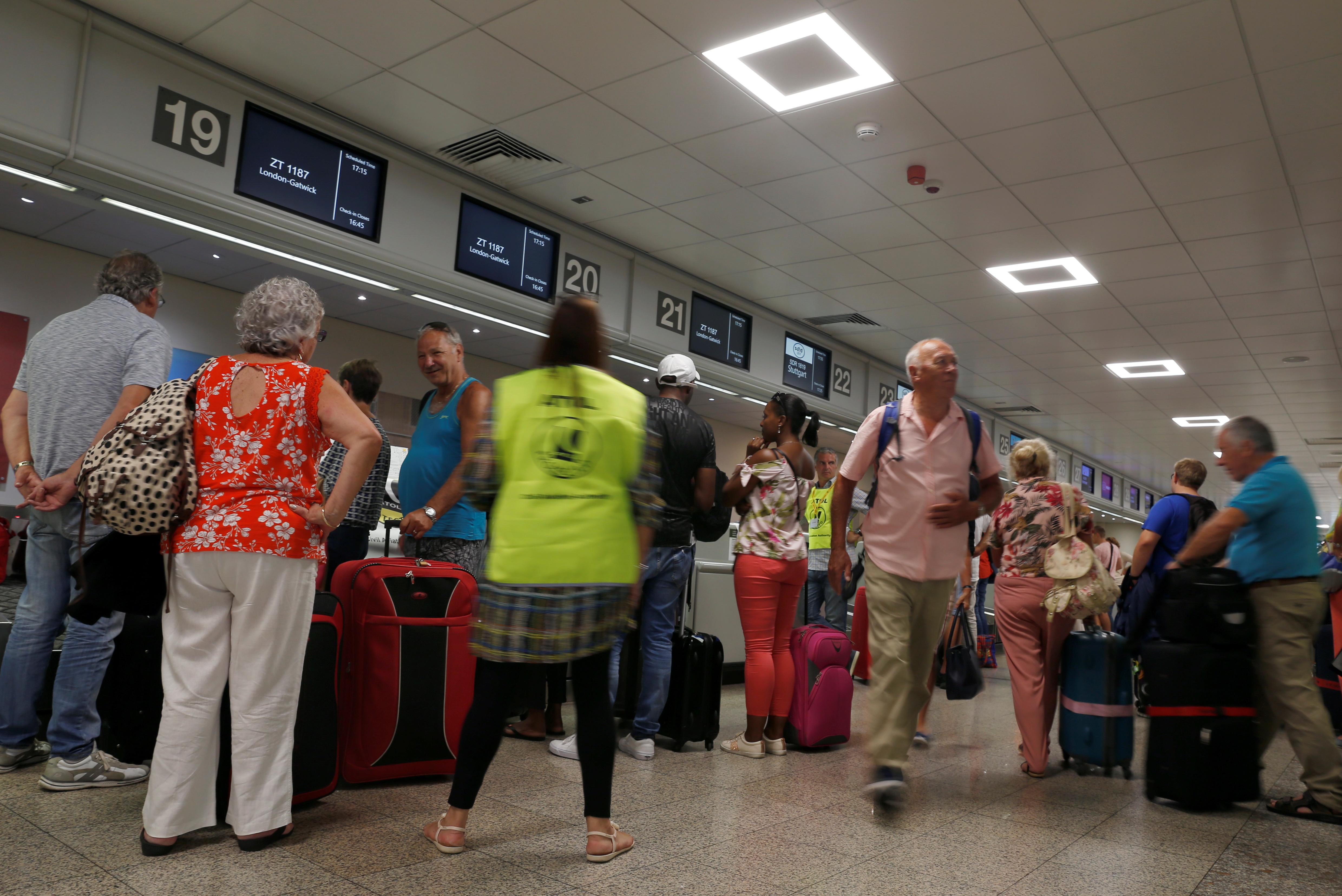 “Didn’t see it coming. Because the only way you could have seen it coming is if Thomas Cook themselves had warned us… We’re getting the plane back to Manchester, which is like six hours from Gatwick, where we should have been (going),” he said.

Additional reporting by Reuters TV in Spain and Yesim Dikmen in Turkey; Writing by Gareth Jones; Editing by Mike Collett-White